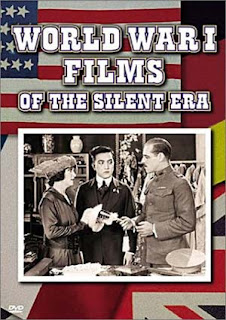 By 1917, the passivism that had been prevalent in earlier silent films gave way to hawkishness. Hollywood had been producing movies about the Civil War in commemoration of the fiftieth anniversary of the American Civil War, but as Americans became enraptured with news reel footage of the war being fought on the other side of the world, films started catering to this new fascination. The Secret Game is one of the films that Hollywood released at this time, yet it is unique is many aspects.

The Secret Game stars Sessue Hayakawa as Nara-Nara, a Japanese agent assigned to ensure that a transport of weapons arrives safely. The transport is a joint Japanese-American venture, and Nara-Nara is told that the honor of Japan is at stake. The Japanese government suspects an American major named Northfield, played by Jack Holt, of being a spy, so Nara-Nara sets up a shop next to Major Northfield’s office and spies on him. Lest someone accuse Nara-Nara of being partial to his home country, the film shows him buying and proudly displaying miniature flags of both Japan and the United States.

We learn that Major Northfield is expecting to learn the date of the transports’ arrival soon and that a German spy, Ebell Smith, who just happens to be the Major’s doctor, wants that information. One of the secretaries in Major Northfield’s office, Kitty Little, is also a spy. Her job is to somehow enter into Major Northfield’s inner circle and ascertain the date of the transport. Kitty also has a brother in the German army, and she feels that she and her brother are doing their patriotic duty by serving her “fatherland.” In fact, letters that she receives from her brother contain coded information. However, Kitty’s loyalty is tested, for she and Major Northfield develop a mutual attraction. Simultaneously, Nara-Nara falls for Kitty, who rejects him rather harshly. Because of his feelings for her, he finds it hard to accept that she could be a spy, even as the evidence against her begins to mount.

It is fascinating to watch Nara-Nara at work. He follows leads, deciphers codes, and unravels the mystery slowly. In fact, he is responsible, directly or indirectly, for all of the leads in the case. It is an extremely positive portrayal of an Asian or Asian-American character, which was not very common in early films. However, the positive vibe is almost completely erased by his attraction, or rather his obsession, with Kitty, which causes him to temporarily give up his high morals. Further disturbing is the film’s implication that the only way he can regain his honor is by sacrificing himself. In doing so, Major Northfield can live, and Kitty will be able to be with the one she loves. However, it is clear that the sacrifice is unnecessary. Contrasting Nara-Nara’s fate with Kitty’s is equally puzzling. There is not doubt that Kitty is a spy, and yet she is somehow restored to sympathetic status. As she stands watching the transport arrive, Major Northfield salutes the flag on the ship. Kitty feels ashamed, but the major takes her hand and gives her the courage to once again salute old glory. Is the movie implying that Nara-Nara and Kitty are equally redeemed in the end? If so, it’s a hard sell. (on DVD)

The Secret Game was released by Image-Entertainment as part of its World War I Films of the Silent Era. That DVD also includes an interesting documentary on the films made during World War I called The Moving Picture Boys in the Great War. It is well worth taking a look at.
Posted by Azrael Bigler at 10:12 PM