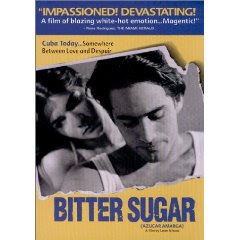 Graduates can be forgiven if they are overly optimistic upon graduating, for often they have visions of grandeur; they believe that they can make a difference, that they can be someone important, that they can change the world. This is true of Gustavo Valdez as well. His future, he believes, is wide open. He has studied hard and followed the rules; he believes that because of this, his country will reward him, that he will be able to go to college, learn a skill, and return to do his part for his country. “Fatherland or death,” he proclaims. Gustavo is dually fortunate. He has had the good luck of meeting and falling in love with a beautiful interesting woman, Yolanda. Yes, his life is one to envy. However, there is only one hitch – Gustavo is from Cuba, and because of that, achieving his dreams may not be as easy as it should be.

Gustavo has a brother, Bobby, who is quite the opposite of him. Whereas Gustavo dresses conservatively, Bobby wears bandanas and t-shirts emblazoned with American pop references and performs music from Metallica at illegal concerts. Gustavo believes that Cuba is better under Castro and that the revolution that swept him to power was noble and just. Bobby drapes himself in the American flag and swears that he has never heard of Castro or Che Guevara, saying instead that he knows of musicians such as John Lennon and Bob Dylan. For saying this, Bobby is tortured by the Cuban authorities.

Yolanda shares Bobby’s unfavorable view of Cuba, her step-father having been imprisoned for years under Castro’s government. While she loves Gustavo and wants to be with him, she is distraught over the idea that soon he will leave to go to the University of Prague, reducing her life once again to loneliness, despair, and hopelessness, as she feels there is little chance for happiness in Cuba. To escape, she enters the world of foreigners and tourists, hoping that one of them will take her away and at the same time hating herself for what she is doing. Bobby’s reaction to his hopelessness is even more distressing. Bobby, as well as the members of his band, decides that life without freedom is too horrible to live, and therefore, he injects himself with AIDS-infected blood. All the while, Gustavo, clinging to the hope that his beloved country will provide him with an education and a future, can only watch as the people he loves self-destruct.

Bitter Sugar presents two Cubas, the one the government wants you to see – the one that is traditional, filled with music and dancing, and hopeful, and the one that it would like to hide – that one that is replete with despair, rebelliousness, and desperation. As Gustavo’s father, a psychiatrist who makes more money playing the piano for foreigners that he does practicing psychiatry, explains, the Cuban revolution was supposed to free Cuba from foreign influence, to create a socialist country in which everyone would live well. However, now Cuba is being flooded by foreign investors and tourists, and none of the money from these investments or vacationers improves the life of the average Cuban. It simply turns them all into waiters, venders, and objects of attraction for lonely, dissatisfied older men. The audience is left to wonder just how long it will be before Gustavo begins to view Cuba the way Yolanda and Bobby do?

Bitter Sugar is a stinging indictment of the Cuba that exists today, and it is hard to shake some of its images. While there is a degree of propaganda to the picture (some of the speeches go a bit too long, and the ending seems forced), the movie adequately conveys the emotions and struggles of its central characters, all of whom deserve a better hand than the one that were dealt. The picture is also helped by the strong performances of Rene Lavan (Gustavo) and Mayta Vilan (Yolanda), both of who bring a sense of urgency to their scenes. For their characters, this moment in their lives is a matter of life and death, both spiritual and physical. (on DVD from New Yorker Films)

*Bitter Sugar was filmed in black-and-white. It has white English subtitles.
Posted by Azrael Bigler at 11:51 PM