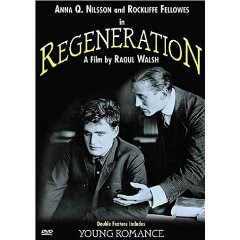 Sometimes something simple and predictable can be a thing of beauty. Take this scenario. Two employees of the same department story, a young woman with romance in her soul, a young man with adventure in his blood, are each reading the same summary of a short story in which a man pretends to be a member of the upper class in order to win the heart of the woman he loves. Perhaps longing for a respite from their mundane, everyday jobs, they each decide to live for a week as a wealthy tourist. Nellie Nolan, the young woman, becomes Ms. Ethel Van Buren, the name of a rich customer; Tom Clancy, the young man, becomes Mr. Roderick de Vignier. In these new guises, Nellie sets off for the Hotel Imperial, a hotel known to be frequented by the rich and famous, and Tom departs for a much cheaper hotel next to the Hotel Imperial. It doesn’t take a genius to predict what happens next.

Nellie decides to spend her day reading on a rock at the beach. Enraptured by the book, she loses track of time and doesn’t notice that the tide has come in. Trapped by what I must say are rather shallow and slow moving waves, she is in need of a knight in shining armor. Into this role steps Tom, who rushes to help her. “Rushes” is probably the wrong word, for several times he runs toward Nellie only to retreat hurriedly as the waves – again low and non-threatening – come in. Finally, he gathers his courage and steps bravely into the water, an act that allows him to carry Nellie to the safety of the sandy part of the beach. That same day, they dine together and take a romantic stroll along the beach at sunset. Yes, love is certainly in the air.

The following day introduces a few other characters. First, there’s Count Spacnoli (Al Garcia), a man who lounges around the hotel lobby, asking for messages and sneaking peeks at the hotel registry. We’re also introduced to the Jenkins family, rich patrons who are quite pleased to see that Ethel Van Busen is staying at the hotel, as Mr. Jenkins is an old friend of Ethel’s father. Add to this the fact that the real Ethel’s uncle has died and left her an inheritance of $500,000, and you’ve got a situation ripe for comedy and deception, which is made all the more likely due to the Count’s increasingly desperate finances.

Part of the fun of George Melford’s Young Romance is seeing Nellie and Tom, Edith Taliaferro and Tom Forman, go in and out of their assumed personas. On the Sunday before she begins her adventure, Nellie practices what she has seen of the rich. She holds her hand out like an aristocrat, slightly elevated, with the exterior of her hand raised to allow it to be taken or kissed easily. In addition, she lifts her neck, as if that shows indifference to those around her or gives her an air of dignity. Tom, for his part, practices walking with his head held high, doffing his hat, and bowing when greeting others. However, neither of them can keep these facades up for long. Nellie’s mask often gives way to giggles and amazed smiles; Tom breaks character by hunching his back and scowling, especially when confronted with his ever tightening wallet. Watch Tom during the restaurant scene for some hilarious examples of this.

A film like this relies on its characters to draw the audience in, and Young Romance does not disappoint. Both Nellie and Tom are sweet and likeable, and the audience knows that if they could just be honest with each other, they could begin a lasting relationship in earnest. Seeing that relationship develop proves to be a lot of fun. In the end, Nellie has had her romance, and Tom has had his adventure. And we have had a pretty good time watching it happen. (on DVD from Image-Entertainment)

*Young Romance is part of a double feature with Regeneration.
Posted by Azrael Bigler at 9:19 PM