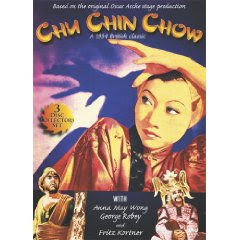 Released in 1935, Abdul the Damned tells the story of Abdul Hamid II, the sultan of Turkey. Fearing assassination (and for good reason - twelve sultans before him have been assassinated), he uses a double and crushes his political enemies. The responsibility for carrying out the sultan's orders falls to his chief of police, Kadar-Pasha (played exceptionally well by Niles Asther). Kadar-Pasha is also given the task of assassinating a member of his own party in order to frame the sultan's political adversaries for the murder (after all, the only difference between a young Turk and an old Turk is the color of his hat). The sultan's plan works to perfection. That is until he is told about Therese Alder, a beautiful British woman who is in Turkey with a touring musical. He decides that she shall be his 301st bride, even though she is engaged to a member of the British force in Turkey.

Several scenes in Abdul the Damned stand out. In one scene, while the sultan is at a banquet honoring his new "bride," members of his opposition are outside preparing to be executed. Just as the executions are about to commence, they begin to sing a revolutionary song. The singing continues until the last of them has been put down by firing squad. Another outstanding moment occurs when the king informs his police chief that he will not punish the man who witnessed his act of murder, as the fact that he was seen may prove useful to the sultan at some future date. It also should be noted that the end of the film is surprisingly graceful and moving.

Abdul the Damned shouldn't work as well as it does. The idea that the sultan could be so undone by his obsession with Therese as to allow his enemies to gain the upper hand is a bit of a cliche, and that aspect of the story needs more screen time to appear believable. The sultan is also a bit too bumbling in some scenes, as if the director felt the need to add comic relief to a political film. His character is also inconsistent. About halfway through the movie, his character suddenly becomes sympathetic, as he begins to be portrayed as a man in love forced by circumstance to use an iron fist. While the film does keep this storyline going for long, it's inclusion is a little odd, to say the least. However, it is as a political film that the movie works best. This battle for the future of Turkey makes for fascinating viewing.