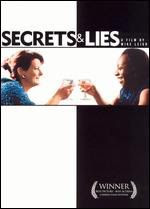 “We’re better off without them.” I’m sure many of us have at one point or another felt the same way about our parents – perhaps after they treated us in a way that felt demeaning or argued with us over something we felt mature enough to decide for ourselves. I wonder though if this sentiment ever truly goes away. It seems that we grow up, move out, and spend the rest of our lives proving to ourselves that we can make it without our parents. As a consequence, many people, I suspect, grow up never entirely understanding their parents or knowing exactly the kind of people they are. We either don’t invest the time to do so or accept that there are some things we’re just not supposed to know. Both sides keep secrets. Perhaps they each fear how the other side would respond if they knew what they had done; maybe they feel ashamed of their past actions or decisions. Whatever the reason, the consequence is always the same – a great distance is created between the very people who should be able to love each other unconditionally. Mike Leigh’s 1996 masterpiece Secrets and Lies provides its audience with evidence of this, that the secrets we keep hidden prevent us from ever knowing or being known completely by the ones we love and hope love us in return.

Secrets and Lies begins with a long shot of a funeral. We hear some people singing and can make out the sounds of other people shoveling dirt. The camera begins to pan to the left ever so slightly, as if it is being careful not to call attention to itself. In a way, we are outsiders to the procession being carried out in front of us. Yet suddenly we are among them. We can see the faces of mourners and hear their voices singing spiritual hymns. Our gaze shifts from the mourners, to the singers, to the diggers, and finally to one person in particular, Hortense Cumberbatch (Marianne Jean-Baptiste). As we watch her, tears begin to slowly stream down her face, and it is clear that she will be an important figure in the story that is about to transpire.

The funeral was for Hortense’s mother, and while she grieves the loss of her mother, her two older brothers begin squabbling over which one of them gets to have her house. It is an argument that Hortense wants no part of, nor does her perspective even seem to be valued. In a way, the death of Hortense’s mother liberates her, not because her mother had been a horrible individual – in fact all the testimony reveals the opposite to be true – but because it allows her to finally pursue the answer to a question that has haunted her since she was seven years old – Who is her birth mother? It is a question fraught with potential heartbreak. Is her birth mother still alive? Does she even want to see her? And, perhaps most important, why was she put up for adoption in the first place?

Hortense’s mother turns out to be a woman named Cynthia Purley (Brenda Blyth), a woman who lives with her soon-to-be 21-year-old daughter, Roxanne (Claire Rushbrook), a young woman described by her uncle as not having smiled since she was about ten. Cynthia and Roxanne have the kind of relationship few would envy. Short chats end in either arguments, insults, or misunderstandings. Roxanne prefers the company of her on-again, off-again boyfriend Paul (Lee Rose). Cynthia’s brother Maurice (Timothy Spall) lives some distance away with his wife Monica (Phyllis Logan), a woman who can be sensitive and sweet one minute and impatient and cold the next. Cynthia appears to be friendless. When not at work, she sits at home just smoking, drinking, and watching TV. When Maurice finally visits her, instead of it being a joyful occasion, it is one filled with awkwardness. Just hugging is a challenge for these two. Upstairs we see a room full of their father’s belongings, despite the fact that their father died years earlier. Maurice wonders why Cynthia hasn’t thrown much of it away, but personal things, like ghosts and bad memories, are not so easily discarded with. And all it takes is one phone call from Hortense to bring all of Cynthia’s suppressed memories and anxieties to the forefront.

Secrets and Lies is a difficult film to watch, especially if you can relate in any way to what the characters are going through. However, it is also fascinating and honest. Leigh allows characters to have extremely long, revealing conversations and does not move the camera much while these conversations are taking place. This technique allows the viewer to fully focus on what characters say and on their emotions. In one of these scenes, Hortense is talking to a social worker about her adoption papers. The social worker gently and directly explains to her that her mother may have never intended to see her again, and we see the full impact these words have on Hortense. Later, the same technique is used when Hortense and Cynthia are in a coffee shop after meeting for the first time. We witness the initial awkwardness and denial, Cynthia’s eventual acceptance of Hortense, and the tears that follow. However, it is clear that they are not necessarily tears of joy.

Observe the public face that many of Maurice’s customers put on for their snapshots. Some of them are outright deceptions, showing contentedness and smiles when inside there is nothing but anger or gloom. Many of the characters in Secrets and Lies wear similar expressions on a daily basis. I have often heard it said that experiences in our past have the potential to permanently affect us and that to be able to be happy in the present, we must deal with and often come clean about the problems in our past. Secrets and Lies is proof of this. For Cynthia, there can be no reconciliation with Roxanne without first acknowledging Hortense’s existence and revealing the identity of Roxanne’s father. These are just two of the mysteries and deceptions in Leigh’s film, but the other ones are equally powerful, for they have driven a wedge between siblings and in-laws and denied everyone the support he or she needs to get through life. At one point in the film, Hortense says, “There’s nothing rationale about grief.” That’s true. There’s also nothing rationale about isolating yourself or deceiving others with half-truths when the people you are misleading can provide the support you need. (on DVD)

*Secrets and Lies was nominated for Best Picture at the 1997 Academy Awards. It lost to The English Patient.
Posted by Azrael Bigler at 8:23 AM