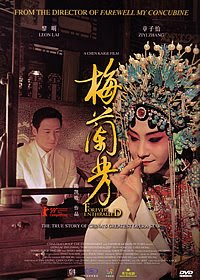 The biopic may be one of the most troublesome film genres ever invented. If a director shows too much, like some said Martin Scorsese did with The Aviator, he may be accused of lacking focus; if he shows too little, it may be said that he has left out too many important events. If he goes the route of Hoffa and thrusts completely fictional characters into an historical figure’s life story, then his film may immediately lose credibility and be dismissed by both critics and fans. Another problem arises when a screenwriter considers what moviegoers already know about an historical figure. He must ponder if an audience will be interested in a film that basically shows them an event they already know so much about or one that focuses on lesser known events and gives them the attention they deserve. Furthermore, box office receipts for biopics vary tremendously. For every Gandhi or A Beautiful Mind, both of which achieved critical and financial success, there are films like De-Lovely and Tucker: The Man and His Dream that audiences avoid like the plague, regardless of their quality.

In crafting Chen Kaige’s beautifully shot, but emotionally empty film Forever Enthralled, screenwriters Geling Yan and Kuo-fu Chen seem to have been overcome with the notion that to understand Mei Lanfang, whom the film proclaims as China’s greatest actor in the 1930s, the audience must see him from the time he was a young boy in the early 1900s to his glorious return to the stage in 1945. Some reviews in Taiwan were critical of this approach, saying it reduced the film to a series of well-known events and therefore offered no new insights into someone that many reviewers consider to be an important and legendary performer. Accepting this to be true for the moment, someone like me would seem to be the perfect audience for the film, as I had not heard of the name Mei Lanfang until I read about the movie’s impending release. Sadly, this was not the case.

Forever Enthralled, like so many biopics before it, suffers greatly from a lack of focus. Instead of containing one interesting, in-depth story, Chen’s film contains four somewhat interesting but hastily told stories. First, we have the story of two long-term friends, Wanhua (a.k.a. Mei Lanfang) and Qiu Rubai, a intellectual whose interest in Chinese opera is sparked by the attraction he feels for Wanhua after first seeing him perform the part of a king’s faithful wife and the confusion these feelings cause. “Isn’t he more like a woman than the real thing?” Qiu is asked as he sits mesmerized in the audience. Apparently some think so. However, those viewers wanting answers into the exact nature of Qiu’s feeling toward Wanhua are left to speculate on their own, for the movie quickly moves to Wanhua’s epic competition with Mr. Shi San for the future of Chinese opera, and while the conclusion to their conflict is never really in doubt, it’s still fun to watch two skilled performers go at it with so much at stake. In fact, I could have watched an entire film just on this part of the story alone.

From here the film introduces a romantic storyline and depicts Wanhua as suffering as a result of his art. He is married to a woman named Zhifang, whom the film portrays as a bit petty, very unromantic, and extremely disinterested in her husband’s profession. The audience is given no reason to empathize with her, so when a young woman named Xiaodong enters Wanhua’s life and stirs in him the kind of passion he has only know for the theatre, it’s not hard to know where the film’s sympathies lie. Xiaodong is likable enough, and Zhang Ziyi plays her sweetly and confidently. I’m not sure I completely buy the notion that she is the most famous male impersonator in China, but that’s what the film wants you to believe. The film’s final act focuses on Wanhua’s struggles during Japan’s occupation of Nanjing. They want to use him for propaganda purposes; he is not willing to be used. And so there is conflict.

There’s nothing necessarily wrong with having a film cover this many events in a person’s life, providing each event is fully developed and not rushed. This is unfortunately not the case with Forever Enthralled. I would like to have seen more of Wanhua’s dual with Mr. Shi San to fully understand what would make Shi San’s audience turn against him the way they do or make Wanhua’s audience embrace him the way they do. I’d would have liked to have known why Zhifang was the way she was and how she personally responded to the fact that her husband was falling in love with another woman. All she talks about is how important her husband is to the world, a remark that the film provides evidence of, but little rationale for. Chen and his screenwriters seem to be taking for granted that the audience will accept that as a fact. Perhaps they shouldn’t have.

In the end, Forever Enthralled is a film that simply tries to do too much and ends up not doing some things well enough. Leon Lai delivers a good, subdued performance playing an artist who only rarely shows much in the way of emotion, either off screen or on. Zhang Ziyi does well with what little screen time her part of the story is given, and Honglei Sun is convincing as Qiu, a sympathetic character whose ambitions for Wanhua get in the way of his morals. However, for me it is Xueqi Wang who stole the film as Shi San, an aging actor clinging to traditional concepts of opera and hoping to earn actors the respect he feels they deserve by doing so. It’s quite a performance. If only he had been in more of the film. (on DVD in Region 3)

*Forever Enthralled (also known as Mei Lanfang) is in Chinese, Japanese, and English with English subtitles.
Posted by Azrael Bigler at 6:06 AM