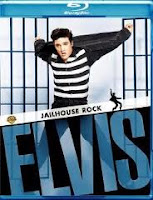 Women in movies are often rather extraordinary if you think about it. I say this because they appear to have been gifted with the rare ability to see through the tough, abrasive exterior that their male counterparts exhibit and see someone worth falling in love with. One of the best examples of this may be Te-sheng Wei’s Cape No. 7, in which a young Japanese woman drunkenly and loudly confesses her love for a lazy, self-centered slacker who appears to have won her love by being completely unprofessional and not following through on anything she asks him to do. Normally, this kind of thing would put someone off, but her supersensitive radar had somehow informed her that this is a man capable of great things, and in true movie fashion, he rewards her faith in him by suddenly morphing into a mature character. In real life, I’ve usually found the opposite to be true, that if a man acts like a jerk then he probably is a jerk, so when I see a character like Vince Everett I can’t help feeling that there’s less to him than meets the eye, but who knows? Maybe I’m looking through the wrong lens.

Vince Everett (Elvis Presley) is the lead character in Richard Thorpe’s 1957 musical Jailhouse Rock, a film which depicts music as not only the path to fame and fortune but also the tamer of prison discontent. During one scene, a prison inmate hears his fellow prisoners begin to get riled up at the warden’s treatment of them, and instead of talking to them, he picks up his guitar and croons about how each passing day brings them a little closer to God. By the end of the song, their anger has subsided, and instead of talking about rioting, they’re thanking the man for letting them enjoy his insightful melodies. The man with the golden voice is Hunk Houghton. He’s played by Mickey Shaughnessy, who sings every bit as well as his character is said to.

In the film, Vince and Hunk meet in prison. Vince is there for manslaughter after accidentally killing a man who was mistreating a woman in a bar, and Hunk is there became of a woman and a bank – the woman had expensive tastes and he robbed a bank to be able to afford them. Hunk sees that special something in Vince and teaches him to play the guitar. When the warden asks Hunk to organize a prisoner’s show, Hunk decides to give Vince the best spot in the show. That distinction earns him the admiration of fans, who write him letters telling him how much they love his voice. Vince doesn’t see the letters for some time though partly as a result of the warden’s iron fist and partly because they unnerve Hunk. Suddenly the young upstart is more famous than the seasoned veteran.

Eventually, Vince is released from prison, and he immediately sets off to make a name for himself in music. Success, however, eludes him. In one scene, he tries to prove to the owner of a club that he can sing and is ignored and ridiculed for his efforts. However, he finds support in Peggy Van Alden (Judy Tyler), who senses that Vince is a good singer simply singing the wrong songs. When he says he’s “no worse than” other singers out there, she responds, “And no better.” She suggests Vince make a record so that he can hear himself the way the man in the club did. He does, and even he has to admit that his first attempt sounds awful. Peggy then suggests he try to sing his own way, and in typical Hollywood fashion, only then do we see the Elvis Presley we have come to expect, the one who stands at the microphone, curls his upper lip, and belts out a tune as few others can. Only then does his cocky swing and swagger reveal itself. It’s a fun moment.

Like many movies of this sort, fame, after a slight bump in the road, comes far too quickly. In no time at all, Vince goes from selling a few records to having his own NBC special, and soon success has gone to his head. This would work better if it were the acquiring of fame that made Vince self-centered and greedy. However, one of the problems with the film is that Vince has always been more interested in money than music. That may help motivate him, yet it hardly makes him a romantic character. Usually in movies, music is a calling that someone just can’t ignore, and audiences respond to this. Think of films such as 8 Mile, Tender Mercies, and Crazy Heart. You wanted the lead characters to succeed. In Jailhouse Rock, it’s the call of the almighty dollar that beckons Vince, and it’s not as easy to get behind that. Audiences may be mesmerized by Gordon Gekko-like characters, but I doubt most of them admire them or root strongly for their success. As for Vince, I grew a bit tired of hearing him constantly say things like, “I can smell the money already.”

Vince is also a bit awkward with women. In one of the film’s most famous moments, he grabs Peggy and kisses her in a way that could hardly be described as gentle or romantic. He explains his behavior this way: “It’s just the beast in me.” I suppose metaphorically that makes Peggy Vince’s “beauty.” Apparently, he’s a quick learner though, for he tries the same tactic on an actress who doesn’t think much of him and just like that, her heart is his. Apparently, you can never discount the power of a good kiss.

Jailhouse Rock works for the most part despite the fact that it is rather predictable and more than a little silly. Its depiction of record industry executives as being somewhat shady and not wanting to take a chance on younger, less established artists still resonates today. It’s also true that when music tastes change, older singers like Huck who don’t adjust with the times often find that studios no longer want them. It’s often said that Madonna’s greatest asset has been her ability to change with the times, to try new music styles as older ones fall out of fashion. These days, people like Huck are more likely to flounder, for they cling too tightly to what once was. The film also gets Hollywood right. Back then, studios really did try to generate buzz for a film by having its stars be seen together in public.

Presley gives a good performance, despite not being asked to do too much in the film. He sings, dances, broods, and says corny lines as if they were completely natural where he’s from. He’s only asked to display strong dramatic skills in a few scenes, but he does them well enough that you find yourself wishing they’d put a few more of them in the film. The musical numbers remain fun, even though a few of them are noticeably lip-synched. Maybe that’s why it was more enjoyable for me to watch Vince before he becomes famous. He’s really singing in those scenes.

Perhaps what I will remember most about Jailhouse Rock are the performances of Shaughnessy and Tyler. Towards the beginning of the film, Shaughnessy has a rather touching scene in which he has to confess that he was unable to do something for Vince. The scene is brief, but incredibly revealing, and it sets that stage for a pivotal scene later on in the film. As for Tyler, she gives the kind of performance that leaves you wanting to see more. She and Shaughnessy are given a pretty big task in the film. They have to be the audience’s gauge of Vince’s character. They have to convince the audience that there is something to Vince even if the audience can’t see it all the time, and because I grew to believe them, I eventually accepted that Vince was worthy of all the good things that destiny had seen fit to throw his way. Jailhouse Rock would be Tyler last film before her untimely death at the age of twenty-four. I suspect Jailhouse Rock gives us just a glimpse of how good she could have been. (on DVD and Blu-ray)