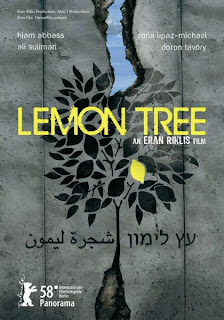 Everybody loves a great view. In fact, people often feel so proud of the fact that they have one that it’s the one of the first things they show off when they have guests. However, views do more than just provide people with a reason to pat themselves on the back or a means of astonishing their visitors; in addition, they provide people with a sense of calm and perhaps even a sense of perspective. One’s problems may seem insignificant next to the enormity of a panoramic view of arching mountains underneath a spectacular orange and red sunset. I remember feeling this way myself one evening as I gazed from a hotel room in Hawaii years ago. In front of me lay miles of the bluest waters I had ever seen, lit by an incredible full moon, and I remember feeling that everything was right with the world.

I imagine that’s the kind of sentiment that ran through Mira Nazar’s head the first time she looked out from the deck of what would eventually be her and her husband’s new home. From the deck, she could most likely see the sun setting in the distance, the dazzling town underneath it, the beautiful mosques towering over the houses, and the amazingly picturesque lemon grove just across the street. It must have seemed as if someone has set aside a piece of paradise just for her family. Perhaps she was naïve, but can we really blame her?

Mira Nazon (Rona Lipan-Michael) is just one of the fascinating characters in Eran Riklis’ exceptional film Lemon Tree. The film take visitors to an area called the Green Line, a line that seemingly separates Israeli and Palestinian territory. I say seemingly because lines are often crossed in this area of the world, often to disastrous effects. Across from Mr. and Mrs. Nazon’s new house lives Salma Zidane (Hiam Abbass), a widow who ekes out a living by selling the tea she makes out of the lemons that grow on her land. In another place or another time, these two women would probably be good friends. However, Salma is Palestinian, Mira is Israeli, and Mira’s husband, Israel (Doron Tavory), is the new Israeli Defense Minister. Because of that, the Israeli Secret Service believes him to be a likely target for terrorists.

Are they wrong in their assessment? It’s hard to say for sure, for the grove has been there for fifty years already, and if what people say is true, there has never been an attack from anywhere near the grove. Nevertheless, that doesn’t stop the secret service from ordering, and the defense minister from going along with, the removal of Salma’s lemon grove. Salma vows to fight the order in court. She really has no other option. The grove is her only source of income, and even though the Israeli government offers to compensate her for her loss, local pressure forbids her from accepting their offer.

One of the things that makes Lemon Tree special is how well it branches out and explores a variety of themes. We get a look into the life of a widow in Palestine and just how difficult it is for someone to have a second chance at love. We watch Mira struggle to accept her new life as the wife of such an important man as the defense minister. Now even choosing a restaurant to eat at is a challenge, as her husband seems to think he must be careful not to offend particular segments of society by eating the wrong food. We also meet a young lawyer named Ziad Daud (Ali Suliman) who is very much in over his head and on his own as he handles Salma’s case. And of course, there’s Israel Nazon himself. He could easily be presented as a villain, and yet the film shows him to be a rather complicated figure, regurgitating political rhetoric concerning the ever-present danger that could be lurking in the shadows, advocating the building of a permanent wall separating Palestinian and Jewish land, yet professing his admiration of the grove that has become such an item of controversy. One gets the sense that he is a good man put in an impossible position. We may criticize his actions, and his inaction in some cases, yet it’s hard not to empathize with him. After all, I certainly wouldn’t want his job.

So who exactly is the villain in the film then? Is it the judges who hand down extremely heartless verdicts? Is it Salma’s late husband’s family, which seems determined to prevent her from being happy in love for a second time? Is it the Israeli Secret Service which answers every sound of cracking twigs with raised guns? Is it the Palestinian government which refuses to help Salma? I don’t believe so. To me, rather, the true enemy is fear – fear of the unknown, fear of one’s neighbors, fear of the explosive, whether that explosive be from an Israeli gun or a suicide bomber – and the indifference fear causes. Look closely. Almost every character in the film other than Mira and Salma walk through life unable to see the other side as individuals, and even Mira and Salma are struggling to fight off the numbness that causes someone to see individuals as belonging to a collective group that speaks with one voice and espouses one ideology.

Eventually there is an attack on the defense minister. The identity of the attacker is never discovered, and if one thought about it carefully, one would easily come to the conclusion that the culprit wouldn’t have likely stuck around for very long. However, logic is not always sound in a war zone. Salma had an ax to grind with the defense minister, someone high up reasons, so she must have allowed criminals to launch an attack from her grove. These are the conclusions that are reached when otherwise good people give in to fear and stereotyping, and yet again, it’s hard to completely fault them. A bomb did just go off, after all. (on DVD)

*Lemon Tree is in Arabic, Hebrew, French, and English with English subtitles.

*This post is dedicated to my late grandmother, Dorothy Wemmer, who passed away on Tuesday, November 17, 2009, at the age of 87. You will be missed.
Posted by Azrael Bigler at 7:38 AM