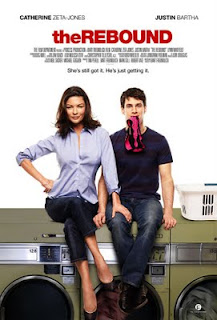 The Rebound (U.S., 2009) – The Rebound stars Catherine Zeta-Jones as Sandy, a woman who discovers that her husband has cheated on her. She decides to leave him and her comfortable suburban life and raise her children alone in New York City. There she meets a much younger man who is great with the kids and may or may not be the perfect person for her. The film is humorous, and the two children are especially cute, even if they are unlike any children you’re likely to see in real life. Justin Bartha is fun to watch as Aran Finkelstein, the young man trying to find his purpose in life. The script is clunky at times, and screenwriter-director Bart Freundlich commits the cardinal sin of putting his two central characters into one of those “idiot” moments that only happen in film, but for the most part, the film works. It’s particularly interesting to contrast how Aran’s parents react in the beginning of the film with how they react at the end of the film. (on DVD)