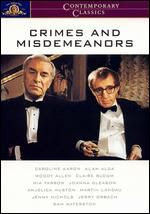 There are certain notions that I continue to cling to, ideas such as if you play by the rules, you’ll be rewarded in the end; you learn from your mistakes; and crime doesn’t pay. I wish I could call these truths, but I’m afraid that even I am a little too jaded by reality to do that. We’ve all heard stories or seen instances of promotions being given to relatives of the boss instead of to the most qualified among the staff, and who among us hasn’t seen the smiling face of a CEO whose company has lost billions of dollars but who’s being given a very handsome bonus for his service to the company. I imagine that many of us comfort ourselves with the thought that guilt and remorse will catch up with them in the end, but what if it doesn’t? What if some people can commit what they know to be sins and simply continue on with their lives? What sense would that make? I suppose a better question might be what sense does that make, for, as recent events have shown us, evil does not necessarily have a conscience. And so what are the rest of us to think, we who labor for hours on end and never quite seem to get ahead? We may be tempted to sound an alarm, to let the world know how unjust it all is. However, I suspect a better question might be “What happened?”

It is this question that is at the heart of Woody Allen’s masterful film Crimes and Misdemeanors, a film that is as relevant today as it was twenty-one years ago. Throughout the film, we hear the insightful words of Professor Lewis Levy (Martin S. Bergmann). The professor has insights on life and love that everyone would benefit from. And yet his words have been heard by only a select few. It seems the powers that be think the majority of people are interested in the carefully-screened musings of a successful film director, and they may be right. It’s far easier to get your head around the equation, comedy equals history plus time, than it is to understand the contradiction that exists between what we expect a new partner to be and what we expect them to be able to do for us personally.

Crimes and Misdemeanors is about a group of people for whom life makes little sense. First, there’s Dr. Judah Rosenthal, a successful ophthalmologist who has been having an affair, but doesn’t really know why he is doing it or for that matter, how to end it. The woman he is seeing on the side, Dolores Paley, (Angelica Huston) is falling apart emotionally, something she thought he could prevent, even though none of the men she dated previously were able to. She proposes to solve this problem by revealing the affair to the doctor’s wife of over twenty years. In one scene, she tells Judah that his wife should know that she is married to an embezzler and a liar, to which he responds, “I’m not an embezzler.” We also meet Cliff Stern (Woody Allen), a documentary film director whose career and marriage are both on the rocks. It doesn’t help that his wife’s brother Lester (Alan Alda) is a rather successful commercial film director or that his wife Wendy (Joanna Gleason) keeps comparing Lester to her husband and being much more impressed by the former than she is by the latter. To her, Cliff should consider himself lucky to be asked to direct a short feature on Lester.

We are also introduced to Cliff’s sister Barbara, whose luck with love does not appear to be improving with age, and Halley Reed, one of the producers of Cliff’s film on Lester and the object of both Cliff’s and Lester’s advances. Halley appears to be repulsed by Lester’s rather aggressive approach and pompous behavior, yet she, like Barbara, has a history of choosing the wrong men. Will she make the right decision this time? Two brothers also have small but pivotal parts in the drama that unfolds. First, there’s Lester’s brother Ben (Sam Waterson), a rabbi being treated by Judah. He has somehow managed to maintain the belief that humanity is essentially good. In stark contrast to Ben stands Judah’s brother Jack (Jerry Orbach), a man who has embraced the dark side of human nature and learned to profit from it. All of these characters have seen better days, and perhaps each of them continues to hold out hope that their happy ending is just around the corner. However, the only sign of hope I saw came in the form of Cliff’s niece Jenny, a young woman who see beauty in black-and-white films and hopes her uncle indeed finds the true happiness she feels he deserves.

Crimes and Misdemeanors would not be a Woody Allen film without at least some humor, and much of the humor in the film comes from Allen’s character. Cliff seems fully aware of the phoniness around him and cannot resist casting incredulous glances whenever Lester makes what he thinks are insightful observations. Cliff also makes a point of remembering the last time he and his wife made love, which just happened to be on Hitler’s birthday. I found myself siding with Cliff for much of the film, a sentiment that caused me to root for him in his pursuit of Halley. However, at one point, I had to ask myself just what the difference was between his interest in Halley and Judah’s relationship with Dolores. Aren’t they both morally wrong?

It is unfortunate that Crimes and Misdemeanors shares some of the same story elements as Allen’s later film Match Point, for that may cause some viewers not to recognize the genius and originality in Crimes and Misdemeanors. Some viewers may also wonder why Judah spends so much time talking to characters that are only in his head. I too wondered this in the beginning, for I am always critical of films that present dreams or illusions as somehow curing people of long-standing mental hang-ups. In too many films, it occurs once and is then dropped after some magical transformation has taken place. This is not the case with Crimes and Misdemeanors. Judah has a running dialogue with himself for most of the film, and the two figures he talks with represent the inner turmoil and confusion he feels about his actions. Most films also have the morally correct side win out in the end, making the conclusion to many films rather predictable. Fortunately, Crimes and Misdemeanors is not like other films, and its final moments will stay with you long after the credits have stopped rolling. In these moments, you’ll hear some of the most unforgettable remarks on life and legacy ever put on film, spoken by a man whom not enough people in the film wanted to listen to. And as the man himself remarks, perhaps it’s up to future generations to tell us why. (on DVD)

Labels: 4 and a half stars, reviews, Woody Allen

Nice fill someone in on and this mail helped me alot in my college assignement. Thank you for your information.