On Re-evaluating an Old Stance and a Stained Legacy 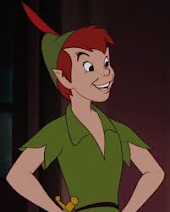 My daughter has a new definition of bad – and, for that matter, a fresh image of heroism. They came in the form of a man with a hook for a hand and an endlessly youthful lad (providing we ignore Spielberg’s contribution to the narrative) with a skill for taking flight. She was so taken by what she saw that she must have asked me to confirm the name of the villain at least twenty times, in between questions regarding mere mortals’ ability to take to the sky with only some strange gold dust to assist you. Upon hearing that I had a copy of that film, she immediately requested that we watch it, a request I was only too happy to indulge. Imagine my surprise when, just a few minutes after the opening credits, she inquired, “Are you sure this is Peter Pan?”

A quick trip back in time. I have owned a copy of Peter Pan since the prehistoric days of VHS. Back then, you had to own it, for if you didn’t, it was going to disappear into the Disney vault for fifteen years and, believe me, you didn’t want to be the poor schmuck whose child or friends couldn’t watch it because you had missed the boat. When DVD came around, I upgraded, gladly handing my now obsolete VHS copy off to my mother, and while I would pass on subsequent double dips or anniversary editions, when Blu-ray came along, my suddenly archaic DVD was passed down to a niece and two nephews, who were quite thrilled to have it. All told, I’ve owned a copy of Peter Pan for over twenty-five years – and yet not once over all those years and formats did I actually watch the film. Until last weekend, that is.

A second detour: It will probably come as no surprise that I have not greeted Disney’s latest batch of live-action remakes with any enthusiasm. In fact, I believe topics about them have elicited from me words like cash-grab, unnecessary, and lazy, as well as a variation of that phrase about killing the golden goose. (Confession: I have never actually watched one of them in its entirety, despite their relatively consistent performance at the box office – 2019’s Dumbo notwithstanding.)

Alas, my stubbornness when it comes to Disney goes back even further. In 1994, the company released The Return of Jafar, its first direct-to-video sequel. It had been well publicized, and no sooner had I heard about its impending release than I resolved never to buy it. I was a purist, I reasoned, and as such, a Disney sequel – let alone one that bypassed theaters entirely – was heresy, a blight on the legacy of the great Walt Disney. There would be no The Little Mermaid IIs or sequels to Lady and the Tramp for me. Not even the return of Robin Williams could entice me to give 1996’s Aladdin and the King of Thieves 81 minutes of my time. No, to me, these franchises had stopped at one. (Admission: I did eventually watch Mulan 2, and, well, let’s just say it did nothing to change my undeclared boycott.)

So, why did my daughter not recognize Peter Pan as Peter Pan? The answer is simple - She’d watched its 2002 sequel Return to Never Land. So, as the 1953 film played, she was seeing Peter Pan for the first time, while I was getting reacquainted with an old friend I’d lost touch with over 25 years earlier. And it is true what they say: Time is not always kind to old acquaintances.

Peter Pan begins well enough. There are some family hijinks at the expense of Wendy’s father; Peter soon arrives in search of his rebellious runaway shadow, and soon the children are following him as he glides though the skies of London heading for a certain shiny star in the distance. I quite enjoyed Tinker Bell’s jealousy-induced reactions, and the Lost Boys retain their charm. And then we zoom in to Captain Hook’s smoking of two cigars simultaneously using a cigarette holder that resembles a candelabrum. It’s impressive, as well as horrifying. It’s also the kind of thing that many modern parents worry will inspire curiosity in their children. After all, none of the pirates, not even innocent non-smoker Smee, mentions the damage that Hook’s habit may be causing to the lungs of the crew. This is not surprising. Walt Disney himself was a heavy smoker, and in fairness to him and others in his generation, the data linking smoking to cancer, asthma, and other severe health problems was not yet known by the public. Still, looking at early Disney films now, one cannot but feel a bit uneasy about the number of paternal figures who light up in front of their loved ones and never even consider the consequences.

And then there’s this: along with the Lost Boys, Wendy’s younger brothers are soon kidnapped by a tribe of Native Americans angered by the kidnapping of Tiger Lily. Reasonable outrage, if you ask me. What follows is cringe-worthy by today’s standards – the stereotypical how used to greet people (the term was actually only used by the Lakota and Dakota Sioux), the tapping of the mouth with one hand to produce a “war cry” (a motion that is still used to mock people of Native American descent), Tiger Lily’s flirtation with Peter Pan, Pan’s partaking in the Peace Pipe ceremony, and his and the Lost Boys’ subsequent celebration, in which they jump and produce the war whoop as if it were just a new addition to their repertoire of make-believe games.

Watched today, the scene is unsettling. Sure, it’s kids playing, but look at what they’re playing. Listen to the sounds that used to come during the Atlanta Braves’ home games or better yet, ask an American-Indian how he or she feels when someone directs that sound at them. I can guarantee you that it isn’t met with a smile or a how.

So, I get it. I get Disney’s hesitancy to embrace its legacy in its entirety. And I get the temptation to rework its classics, to remove pipes from father figures, to change a key character’s gender, sexual orientation, or skin color, to switch out problematic songs such as “We Are Siamese If You Please.” Disney’s founder lived in different times – not innocent, as some would see them – but different in ways that can seem unfathomable. How, we may wonder, was it possible for people to see Shun Gon, the crazy “Asian” cat in The Aristocats, as anything other than offensive, and would our continued viewing of the film be an endorsement of the caricature? Disney certainly things so. The eventual live-action remake of Peter Pan will no doubt eliminate Hook’s addiction to tobacco and perhaps have Pan’s rescue of Tiger Lily be something he does with a member of the Native American tribe she belongs to. If done right, neither of these changes would severely affect children’s enjoyment of the film.

So, maybe it’s better that my daughter’s first exposure to Peter Pan came from a more recent film. Maybe young girls are better served by a more inclusive Beauty and the Beast or a more independent-minded Cinderella. Having said that, my daughter quite enjoyed the original Peter Pan. She even asked about watching it again the next day, proving the lasting power of the 1953 film. I said she could, of course; after all, it’s a teachable moment. See, where we started. Now look how far we’ve come. And no, she hasn’t started mimicking the war cry.

Posted by Azrael Bigler at 5:11 PM