On Some Deserving of Rediscovery – Part 1

The world today is about now. Perhaps it always was and that fact is just more transparent these days. Whatever the case, it is all too easy to get caught up in the now. Our technology is constantly summoning us, those we call friends often stretch across continents in numbers that far surpass what was thought manageable just twenty years ago, and the amount of entertainment has become so abundant that it’s simply impossible to watch it all. True free time has become a casualty of this unrelenting focus on the moment, for if “now” can intrude anytime, where is the time to simply read, write in a diary, cook, or discover something great that came before now?

If that sounds like an old man shouting, “Get off my lawn!” at anything current, it is unintentional, for now has great potential – if we can learn to harness it, that is. And part of utilizing anything to its full potential is knowing when to set it aside and take a personal now. What we do with this kind of now will, of course, vary. Personally, I find great pleasure in what came before – in classic literature, non-fictional views of history, as well as the present day, and the music of several generations. And I find enormous joy in movies be they silents, modern-day tales of superheroes, or black-and-white screwball comedies.

With all the content being created and the ever-growing number of streaming services popping up, few could argue that there is nothing new on or worth watching. However, I hope that we can still find a little time to look back, to remember, and even to rediscover what came before. The annals of history are replete with people whose work fit this moniker, yet I will start with just five, and I will start with ones that, with one exception, are still working today, but whose past work may be being overshadowed or forgotten due to the spotlight on now.

We all know what came in 2008, and it permanently changed the world’s perception of Downey Jr. Remember that just six years earlier, he’d had a resurgence of sorts on Ally McBeal, playing a likeable romantic lawyer who would break out into song and dance at a moment’s notice. Prior to that, he hadn’t made a move in two years. He’d been deemed too much of a risk. However, it was during those early years when Downey Jr. did his best work in films like Less Than Zero (not a great film, but he’s good in it), True Believer, Chaplin, Richard III, and Two Girls and a Guy. He was unafraid of a challenge, and his roles were often diverse, thought-provoking, and memorable, and if you want a glimpse of what was to come regarding tabloid journalism and things like TMZ, look no further than Natural Born Killers. I’m not crazy about the film as a whole, but if I come across a scene with him in it while I’m channel-flicking, the remote gets put down, and I’m soon mesmerized all over again.
2)       Li Gong – pre-2005

If ever a movie marked a downturn in someone’s career, it was 2005’s Memoirs of a Geisha, in which Li Gong was cast as a ruthlessly competitive Japanese geisha who feared being replaced. What followed cinematically was hardly what you’d consider impressive or must-see – Miami Vice, Hannibal Rising, Shanghai, a Chinese remake of What Women Want, and The Monkey King 2. Part of this is understandable. China changed, and with the government exerting tighter controls over what played in Chinese cinemas, it was unlikely that she would continue to make the bold, hard-hitting films that she began her career doing, which is all the more reason to go back and see what the fuss was all about.

I’d start with 1987’s Red Sorghum and move on to Ju Dou, Raise the Red Lantern, The Story of Qiu Ju, Farewell My Concubine, and To Live. If that line-up is too heavy for you, try out her early comedies A Terra-Cotta Warrior, God of Gamblers III: Back to Shanghai and Flirting Scholar. She can truly do it all.

It’s hard to pinpoint where Michael Douglas’ career took a turn, but 2000 seems like the most obvious year. That was the year when he did both Wonder Boys and Trafic. The first gave him an incredibly memorable role and the other was an ensemble piece that should have won Best Picture. Since then, he’s graced a number of truly subpar films – Don’t Say a Word, It Runs in the Family, The In-Laws, The Sentinal, You, Me, and Dupree. The list depressingly goes on, with a few excellent films, as well as respectable work in the Ant-Man series, sprinkled here and there. But look at what he did prior to 2000. His credits include The Game, The American President, Falling Down, The War of the Roses, Wall Street, Romancing the Stone, and The China Syndrome. Sure, there were a number of clunkers in between these films, but that list is impressive and includes a variety of roles and genres. 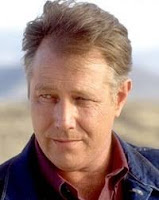 When J.T. Walsh passed away, he was just 54 years old. He’d been gracing the silver screen since 1982 when he appeared in a TV miniseries called Little Gloria…Happy at Last. Walsh was never an A-lister, but as a critic said in his obituary, you always knew you were going to get a great performance when his name came onscreen – regardless of the quality of the film itself. I remember him most vividly in 1998’s Pleasantville, in which he was perfectly cast as the conservative mayor of a small town that exists only in a 1950s television show. He was also impressive in The Negotiator, Breakdown, Sling Blade, A Few Good Men, and Blue Chips. He even did an X-Files episode. He was believable in whatever role he played, and his kind really don’t come along that often.

IMDB credits Susan Sarandon with 154 titles, an impressive number certainly, yet upon close inspection, it would appear that Sarandon’s career diverged around 2002. I say that because she is featured in a prominent way on the poster for two of the three films she made that year, Moonlight Mile and The Banger Sisters. Since then, she’s mostly been in the background or not featured at all, indicating that her role is that of a supporting actress, a fate that befalls far too many great actresses with the passage of time. Therefore, a generation has grown up not seeing Sarandon in her full glory, and this is a real shame, for Sarandon is as talented as they come. Starting in 1987, she appeared in a series of films that moved and entertained, films such as Bull Durham, A Dry White Season, White Palace, Thelma & Louise, Light Sleeper, The Player, Bob Roberts, The Client, Little Women, and Dead Man Walking, for which she deservedly won Best Actress. People watching these movies for the first time are in for a real surprise.
Posted by Azrael Bigler at 8:42 AM