Review – Revenge of the Pink Panther 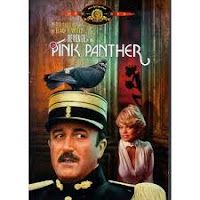 With the fifth film in the Pink Panther series, I fear it is now official: The films have become blatant parodies of both themselves and of better films. What else can you conclude but that the writing team of Blake Edwards, Ron Clark, and Frank Waldman were completely out of ideas when once again they resurrect the now stale character of former Chief Inspector Charles Dreyfus? When we last saw him, he was either disintegrating or turning invisible after blackmailing the world into doing his evil bidding. Either way, he was in no position to return to a mental institution. Yet here he is in Revenge of the Pink Panther not only being pronounced cured for a second movie in a row, but also being given his old job back. I could start complaining with my standard “In what universe would…” but I just don’t have it in me anymore.

Revenge of the Pink Panther takes Clouseau and the characters that make up his world in a new, unwelcome direction. The film presents viewers with the kinds of stereotypical portrayals of Asian characters that people have complained about for years, in combination with a great deal of cultural insensitivity on the part of Clouseau, something the series had thankfully avoided up until this point. For example, Clouseau refers to Cato throughout the film as “yellow,” and in one poorly constructed scene in which Cato finds himself covered with flour, Clouseau has the gall to imply that it’s an improvement over his natural skin color. If ever Cato was going to give Clouseau a swift kick to the head, that would have been the time. Alas, he does not. In fact, he doesn’t even bat an eye when Clouseau delivers what is perhaps the worst line in the entire film. Dressed as a cartoonish Chinese peasant, Clouseau instructs Cato to inform a suspect that “You know who” is here. I’m sure the name was intended as something like “Yu No Hu.”

The film’s poorly thought out plot has something to do a worldwide crime syndicate that is divided into regional offices. The one that causes trouble for Clouseau is known as “the French Connection.” Get it? This reference apparently allows the filmmakers to parody another famous film from the 1970’s. You’ll know which one when you see Clouseau’s costume, but perhaps they should have asked themselves this question: Should we really remind the audience of a better film that the one they are watching?

In the film, the French Connection attempts to kill Clouseau so that the French boss can prove to the New York Connection that he can still get things done. After a series of mistaken identities, as well as the overused gag of Clouseau being arrested yet again while in disguise, Clouseau is believed to be dead. This allows Dreyfus to be brought back in, not as a suspect, but as the new Chief Inspector, tasked with finding Clouseau’s killer. Of course, he’d rather give the killer a medal than lock him up. One of the few joys in the film is Dreyfus’s giggle-filled reading of Clouseau’s eulogy. Other than that, he doesn’t anything particularly memorable in this film.

Towards the end of the film, there’s a long car chase set to circus-like music, which is completely wrong for the scene, seeing as how nothing substantial is really happening in the scene. The film’s climax takes place in a warehouse where fireworks are stored. Believe it or not, it actually includes a line about fireworks having been put in a character’s pants. It’s the kind of line that might work for a five-year-old watching a cartoon. Just why they think it would elicit laughs from grown adults is beyond me. It’s almost as bad as Clouseau’s earlier line after being handed the kind of bomb that Boris and Natasha regularly hand Bullwinkle in cartoons. Clouseau takes the bomb, turns to two other characters, and asks them if they were expected a bomb. As expected, they scatter and suddenly Clouseau realizes what he has in his hand. Funny, no? I didn’t think so either. (on DVD)