On the Loss of an Icon and the Memories That Remain 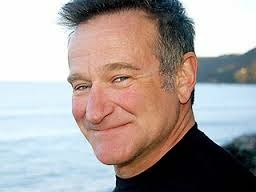 August 12, 2014, began like any other. Alarm clocks rang to usher in the new day, and most people’s morning routines likely resembled those of the previous day. For me, that meant breakfast, a quick check of the latest baseball scores, and a more in-depth viewing of the day’s news – again, it was dominated by the ongoing crisis in Iraq, the confrontations in the Ukraine, and the unending calamity that is the Israel-Palestinian conflict. I soon switched to IMDB, and for a moment stared in shocked disbelief. It was too incredible, too horrible to believe. CNN wasn’t reporting it, SFGate wasn’t reported it, and for a moment, I entertained the notion that this notice, like so many similar ones on the internet these days, was erroneous, perhaps one of those cruel jokes that people with too much time on their hands sometimes play on an unsuspecting public. Sadly, this was not to be. A few minutes later, the news began appearing everywhere, as if the world’s news organizations had just confirmed en masse something that they had been hoping they didn’t have to report, that the great Robin Williams was gone.

Our paths had crossed briefly some years earlier. One busy Christmas season, he had come into the Wherehouse on Geary Blvd. looking for some video games for his son. I just happened to be working the floor that day and was tasked with finding all of the games he had selected. It wasn’t easy. As I fumbled through hundreds of games in the back room looking for the only remaining copies we had in stock, he stood to the side of the sales counter waiting for me to announce the results of my efforts. Eventually, he had his games. I remember the way he thanked me for my effort; he seemed genuinely appreciative. We shook hands, and I went back to work.

I was fortunate to be working during two of his other visits to the store. On one occasion, I remarked that I was looking forward to his next movie, which was then One Hour Photo, a sentiment that he thanked me for. Some time later, he came in a day after appearing on Drew Carey’s television show Whose Line Is It Anyway? and as I passed him, I mentioned that I had enjoyed his performance. He remarked how great the guys on the show were and how much he had enjoyed doing it. It was clear just how sincere his praise of their creativity was. Later, when he left, he engaged in a chat with an incoming customer and waved to a car that honked at him as it passed. He was just that kind of person.

Years earlier, I had seen him standing in line to see a movie at the AMC Kabuki. He was alone and quiet, yet friendly and welcoming at the same time. In fact, in all of my brief run-ins with him, I have no recollection of him ever “performing” for the crowd of onlookers that he must have known were around him. He shopped alone, was soft-spoken, and was genuinely cordial to everyone around him. I never heard him refuse to talk to a fan, and when one initiated an exchange with him, he didn’t shy away from a short conversation.

I do not have a picture of me standing next to Mr. Williams, nor do I have an autograph to put into a scrapbook and preserve for posterity. Instead, what I have are these memories, which came flooding to me as I read that most awful of headlines. I suspect it was like this for a great many people – from the person who honked his horn that day outside the store to the organizers of the many charities that Mr. Williams lent his star power to and the extras who were delighted just to be part of a Robin Williams film. And this says nothing about the millions of people who grew up watching him in their homes and on the silver screen, marveling as he, like themselves, matured and aged. Robin Williams rewarded them for their devotion. Before their eyes, he blossomed into a first-rate actor, displaying range that continues to astonish and impress. He brought joy to so many with his comedies, and he broadened people’s views with his dramatic work. He leaves behind a legacy of timeless work and a family that truly adored him. His loss is indeed a monumental one.

Posted by Azrael Bigler at 7:03 AM