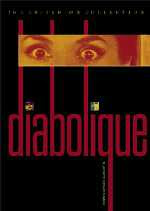 Some secrets are intentionally not kept; rather, they are exposed as a badge of honor. While the revelation of some secrets causes some to be victims and pitied, others wear the other person’s shame as a validation of their character and power. An example of the latter is Michel Delasalle, a married man having a very open affair, so open in fact that at his wife and mistress often stand side by side sharing their common misery. It seems that Michel is both psychologically and physically abusive; the former to his wife, the latter to his mistress. And yet neither one can muster up the courage to leave. For his wife, Christina, a woman with a serious heart condition, the inability to walk away seems to stem from her religion; for instance, she believes that divorce is a sin – perhaps she even believes that all marriages can be saved. It could also be said that it is his wife’s devotion to her religion that gives Michel his sense of impunity. As for Nicole Horner, the mistress, she appears to have bought into the delusions that have afflicted scores of women who enter into relationships with married men, that he will divorce his wife when the time is right, that his love for his mistress is true, that a man who cheats on his wife will not necessarily cheat on his lover. However, all of this precedes the opening credits, for as the movie opens, both women’s dreams of happiness have faded, and the topic of what to do about their tormenter has already been broached.

As the film progresses, it becomes clear that the wife and the mistress have developed a unique bond, one borne out of suffering and shared neglect. In one scene, Michel belittles his wife in front of her colleagues and then forces her to eat substandard fish after she has said she cannot. Her only defender -even though she is at a table full of supposedly-learned gentlemen - is Nicole, but even she is powerless to protect her from her husband’s taunts and jeers. To make the humiliation complete, the moment his mistress leaves, he turns his greedy, lust-filled eyes toward his wife, who recoils as if she were looking at a monster from a 1930’s horror film.

There can be no doubt that Christina wants out of her situation desperately. To achieve this end, she appears to have three choices: abandon her husband (probably considered a sin), divorce (a sin in the eyes of the church), and murder (definitely, a sin). Nicole favors the latter, and while Christina waxes and wanes in her determination to go through with it, she eventually assents. The plan is finalized, the trap is set, the bait is taken. And then things get very, very strange. To say more would be to spoil the film.

Henri-Georges Clouzot's Les Diaboliques, which translated into English means the devils, is one of those rare films that builds the viewers’ involvement and interest. At every twist and turn, the audience is aware of a direction that the film could move in. When the film veers in another direction entirely, it is fascinating. I was sure I had guessed the significance of Nicole Horners’ tenants, but I was pleasantly surprised to have been mistaken. I was positive what role a soldier would play in the second half of the film. Again, I was wrong. Nothing about Les Diaboliques is predictable, and yet in the end, I found myself saying, “How come I hadn’t seen that coming?” Perhaps the beauty of the film lies in the fact that I hadn’t. (on DVD from the Criterion Collection)

*in French with English subtitles
Posted by Azrael Bigler at 9:53 PM