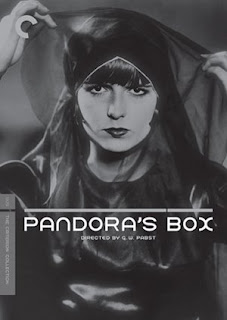 It could be the beginning of a romance. A man gently puts on his jacket and prepares to leave an apartment. A woman stands behind him with a drink in her hand. Smiling and laughing, clearly enjoying the man’s company, she hands the drink to him. After gulping it down, a wide smile forms across his face, and he cannot prevent a blush from appearing on his cheeks. Moments later, the illusion of romance is shattered. Standing at the door is an older, disheveled man who peers into the room with a look that tells you that he knows exactly what is going on in this apartment, exactly what it means that a man was with this particular woman. The woman greets the second man with an even greater amount of enthusiasm than she showed the first, and the moment he enters the room, her attention shifts. It is as if she has completely forgotten about the man she was smiling at earlier. That man quickly picks up his belongings and exits heartbroken, reality having set in. He was just a customer; she was paid to make him believe she loved him. Apparently she did her job very well.

The woman is Lulu (Louise Brooks), a temptress, possible prostitute, and aspiring dancer. Her second visitor is a man named Schigolch, a man first referred to as her “first patron,” but later revealed to be her father. She could not have gotten a man more poorly qualified for that role. Schigolch sees his daughter as a source of income, regardless of the means by which she achieves it. He has no qualms about her being a wealthy man’s mistress or about the other way she occasionally makes money. Lulu is having an illicit relationship with an affluent man named Dr. Schön (Fritz Kortner). When we meet him, he is dejected and frowning. He cannot even bring himself to kiss Lulu hello. And there is good reason for this. The doctor is going to get married, but not to Lulu. As he later tells his son Alwa, “One doesn’t marry such women. It would be suicide.” His decision should end their relationship; however, it doesn’t. In response to his announcement, Lulu simply rolls onto her back, opens her arms, and waits for him to fall into them. The doctor, unable to resist her, eventually succumbs to her will.

Lulu, a little like Pandora herself, opens up deep and unstable emotions in the men around her and in doing so unwittingly unleashes havoc. Reputations are ruined, murder is contemplated, and sacrifices are required. Throughout all of it, Lulu plays the role of the victim perfectly, amassing such a degree of sympathy from those around her that they joyfully enable her to escape a jail sentence and aid her during her time in hiding. She does not always appreciate their efforts, and they eventually want to know what they get for them, sentiments that eventually put Lulu’s very freedom at risk. But after death, massive expenditures, and severe falls from grace, this may be one time when such sentiments are warranted, for Lulu is a woman who thinks nothing of asking people to sacrifice what they hold most dear, their very identities.

It is tempting to blame Lulu for the actions that unfold in Pandora’s Box, but to do so would ignore the fact that Lulu is fairly ignorant of the role she is playing in the events that transpire. To her, she is simply ensuring her survival. And who knows? She may have true feelings for Dr. Schön and later for his son Alwa. Witness her reaction to seeing the doctor’s new wife and later the care with which she tends to a defeated and lost Alwa. Neither of these actions is likely to be a ruse. In addition, there is plenty of blame to go around. Customers fall for her just because of her pretty face, cheerful demeanor, and physical attractiveness, suitors allow themselves to believe - rather erroneously - that they can tame Lulu, transform her into a good wife when it is her wildness that attracts them to her, and her supporters overestimate their determination to protect Lulu in the face of financial and legal threats. By the end of G.W Pabst’s Pandora’s Box, failure and tragedy have found everyone. As the dark, foggy streets of London become places of potential danger, we’re reminded of what brought us to this point in the first place, the exploitation of the attraction between men and women and how such exploitation can have disastrous consequences for all involved. (on DVD from Criterion Collection)

*Pandora’s Box is a silent film. Its intertitles are subtitled in English.
*Pandora’s Box was included on the National Society of Film Critics’ The A-List 100 Essential Films.
Posted by Azrael Bigler at 5:01 PM