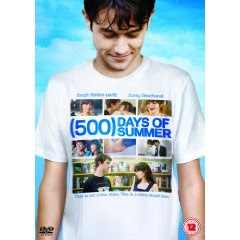 Imagine you’re in a relationship that you think is going well. You’re aware that not everything is rosy, but you’re convinced that whatever hiccups there may be, they are nothing that can’t be fixed with some hard work and determination. And then from out of the blue, it’s over, ended without much of an explanation. You’d probably struggle to understand it because from your perspective, everything had seemed to be going so well. You’d look back at all the happy times and wonder just where things had gone wrong. Now imagine you’re the other person in the relationship. The relationship had started off well, but lately something was off. You just don’t feel the same as you did before – the jokes are no longer as funny as they used to be, the conversations seem a little staler and forced, and when the two of you talk about the future, you feel more nervous than enthusiastic. You know you’re not happy, so you end it. When asked for an explanation, you have none to offer because in truth you may not understand the changes that have taken place yourself. Perhaps the only explanation is that it simply wasn’t meant to be, but that’s a very hard explanation to accept.

This is the situation that Tom Hansen (Joseph Gordon-Levitt) and Summer Finn (Zooey Deschanel) find themselves in in Marc Webb’s excellent film (500) Days of Summer, one of truest explorations of love and break-up that I have ever seen. The film begins at the end of the relationship and then jumps back and forth between good times and bad times. We see their cautious courtship, their awkward reunion, moments in which there’s amazing chemistry between them, and instances of uncomfortable glances and pauses that last too long not to be hiding something. The film is told though Tom’s perspective, and therefore, it is the people in his life – mainly his two best friends and his wise-beyond-her-years younger sister Rachel (well played by Chloe Moretz) - that we see offering advice and perspective. Only Rachel’s advice is all that helpful.

Tom and Summer’s relationship is deeply affected by the specter of divorce. Tom watched his parents’ divorce and apparently resigned himself to making sure it never happened to him. He would instead find the perfect woman for him, marry her, and dedicate his life to making the marriage work. Summer had the opposite reaction. Seeing what her parents went through, she resolved not to go through it herself. Her approach to relationships seems to be to keep them casual, thereby reducing the possibility of being hurt later. And so what we have is a relationship between one person who is perfectly happy, resolved to fix whatever problems arise, and one person wanting to keep things simple and unofficial to avoid having anything to fix at all. And Tom can’t see this because he doesn’t want to.

(500) Days of Summer is humorous in parts, sad in others, and always engaging. I believe many people – whether they want to or not – will see a little part of themselves in each of these characters, for the impetus to stay and fight is as universal as the impetus to cut and run. Only with a little perspective can we realize what the best course of action ultimately was. (on DVD)