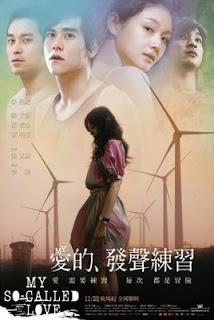 My So-Called Love (Taiwan, 2009) – My So-Called Love is the story of a young girl named Cat (well-played by Barbie Hsu) who gets caught up in a relationship with a man who is clearly wrong for her. So what does she do? Does she end the relationship and try to make things right with the man she truly loves and wronged earlier in the film? Of course not. If she did, we wouldn’t have a movie. Therefore, we get close to two hours of a young girl caught in a self-destructive cycle of prostitution and being the other woman, repeatedly relying on a man that viewers know will never be able to give her what she wants in life. It’s an exhausting two hours simply because the film is never as involving as it should be. The characters repeatedly hurt each other, sometimes intentionally, sometimes unintentionally, and it’s hard to like any of them much. Moreover, it’s hard to care about the relationship that receives most of the film’s running time, and just when you think the film has righted itself, it takes a step backwards and reintroduces the storyline we have no reason to care about. It all adds up to a somewhat frustrating two hours. On the plus side, it was good to see Ming-hsiang Tung (Ming in 2006’s well done Island Etude) in front of the camera again. He has a natural way of acting in front of the camera, and I hope he gets the chance the headline another film soon – hopefully one more involving than My So-Called Love. (on DVD)