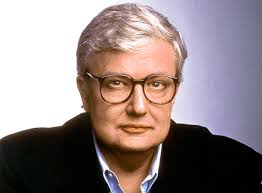 A Note of Thanks

Thus far, I have avoided commenting on celebrity passings. I simply find it disingenuous to reduce someone to awards won, roles played, or career highlights. People are more than those things. They are fathers, mothers, sisters, brothers, best friends, worst enemies, inspirations. In this day of 24-hour news, instant reporting, and emphasis on a film’s opening box office numbers, celebrities are often so micromanaged that it is often difficult to get a true sense of who they are or what they believe in. Roger Ebert was different.

I never had the privilege of meeting Roger Ebert, yet for the majority of my life, he was there, like clockwork, on my television screen offering his two cents on something that had come to be very important to me – movies. Mr. Ebert did not give me my love of movies. No, I credit my parents with that. And it was not Mr. Ebert who influenced my desire to act, either. From the time I was five, I had always felt a great pull to be onstage. It was a family thing, really. My father was a musician and a writer, my mother was active in community theater, and my siblings each took turns getting on stage, in such roles as a Can Can dancer, Johnny Appleseed, or the members of the Lollypop Guild.

I can’t even remember the first time I watched Sneak Previews or Siskel & Ebert, although I do have a vivid memory of rushing home after watching Return of the Jedi and turning on the television to see what Siskel and Ebert had to say about it. That year I was ten years old, and like many of the kids my age, I had a very limited view of film. This was a time when my mind was fixated on comic books about mutants and science fiction films. I had no time to rethink my childhood belief that nothing good was in black and white. It was when I was finally mature enough to realize the fallacy of this line of reasoning that Roger Ebert began to influence me.

I view Mr. Ebert as one of my favorite teachers, for what is a teacher if not someone who opens your eyes and teaches you to view things in a new way? As my interest in film expanded from present-day Hollywood fare to silent films, classics, foreign films, and documentaries, Mr. Ebert became one of my guides. I would watch his television reviews and then seek out films that I might not have otherwise sought out. It helped that I lived in San Francisco and worked at the AMC Kabuki 8, a movie theater that played a variety of foreign and independent films. It also helped that I later worked at the Wherehouse, which had a vast library of films to either purchase or rent. Without Mr. Ebert's help, however, I would have been a bit lost.

Mr. Ebert introduced a number of films and directors to me - Citizen Kane, Higher Ground, Leave Her to Heaven, Werner Herzog, Buster Keaton, Spike Lee, and Michael Moore to name a few, and I came to know his list of “Great Films” rather well. Sometimes I read about one before watching it; other times I reversed the order. It didn’t matter, really. I had watched the film because he believed it was great.

In the tradition of great teachers, Mr. Ebert went beyond his subject matter. As the years went by, he became a kind of grandfather-figure to his fans, dispensing advice on love and relationships, politics and careers, and life and death. He defended those who disagreed with him and got great joy from the writing that many of his readers produced. I recently finished his autobiography, and parts of it are tremendously moving. They contain the kind of worldly advice that we so often see wise men dispense in movies, and I have a greater appreciation for these scenes now.

Yesterday I read his latest – and last – blog entry. Despite containing the admission that his cancer had returned, it was filled with his usual positivity and zeal for life, cinema, and his wife, Chaz. It was a shock to wake up to the news that he is no longer with us. However, like the teacher in Kurosawa’s final film Madadayo, I am comforted by the thought that his impact lives on. In his autobiography, he wrote about leaving behind memes, remembrances of someone gone. In addition to his vast library of movie reviews and published books, Mr. Ebert leaves behind a legion of fans whose eyes were opened a bit further, whose knowledge of the world was made a bit deeper, and whose joy in life was expanded a bit wider by his being in it. He will be missed, and he will be remembered.
Posted by Azrael Bigler at 9:10 PM

Thank you for that personal and touching tribute to someone who did indeed make a difference to so many.