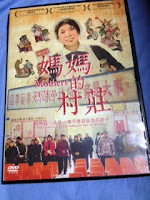 Numbers can be dehumanizing. They are often distributed as if they were the final verdict of a person’s, a company’s, or a program’s effectiveness or success. An employee at a call center may be congratulated for helping one hundred customers a day even if the quality of his customer service leaves a lot to be desired. A company may rejoice when it sees numbers indicating strong growth potential, yet rarely do those kinds of numbers shed light on what that accomplishment has meant to the company’s employees, many of whom may have been downsized. Xu Hui-Jing’s documentary Mothers documents the tragic events that unfold after the local officials of Ma Village are given a number by which their success and futures will be decided. The number is fourteen, and while this number doesn’t seem like a lot, each of the fourteen individuals affected by it will be scarred forever.

Mothers begins with some startling statistics. The films documents events that occurred between 2010 and 2011, and at this time, Ma Village, a small area of Hongdong County in Shanxi Province, has a population of just 2,226 people. Of these, just 483 women are of childbearing age, and of those, 345 have already been sterilized, while 121 are on birth control rings. That means that just 17 of the residents of Ma Village are still able to reproduce. Normally, this would be a cause for alarm; to the central government, it appears to be evidence of a job well done. It is hard to say for sure if they are aware of the toll this “success” has had on the local population.

This year, the Ma Village Birth Control and Sterilization Mobilization Committee are tasked with finding and sterilizing fourteen women, and there are additional requirements. The fourteen must each get sterilized as a result of the work of the committee, and each sterilization must be performed at a government-run center. To make the residents aware of the operation, sound trucks drive around blaring government propaganda and warning of the consequences of not adhering to the one-child policy – one of which is that every member of the committee will be fired if the quota is not met.

As the film progresses, the camera follows the committee as they drive around Ma Village trying to convince the few unsterilized women left to accompany them to the center. They are often told that it is just for a check-up and that they can decide for themselves whether to get sterilized or not. Most of the women know better. One, a schoolteacher named Rong-rong, has a habit of disappearing the moment the committee’s truck arrives at her home. It is this feisty young woman that the committee sets its sights on, and they often speak to her as if she were public enemy number one.

The film’s scope is wide enough to allow viewers a full view of the situation and the individuals involved. We meet Zhang Qing-mei, in charge of Women’s Care in Ma County, and watch as she drives around trying to find candidates for sterilization. It is ironic then that this same women also works at a temple that worships the “God of Child-giving.” In one scene, Xu films her explaining the different scenarios in which people pray to this god, and as she does it, her face is filled with an excitement and wonder that is missing in every scene in which she is “working.” Xu also introduces viewers to two former director’s of Women’s Care. Each of them speaks with complete detachment of their years doing Zhang Qing-mei’s job. However, they are quick to state that they reached their quotas and that it was their job to do so. However, there’s no mistaking the fact that the experience has left them cold and bitter.

Mothers is an unsettling film about a situation that can only be described as sheer madness. It documents the toll the one-child policy is having on the region, as well as the many tactics used to persuade women to be sterilized. These include unbearable fines and the withholding of official registry for one’s child. Not being registered carries an additional punishment: It keeps the child from getting an education.

As I watched the film, I couldn’t help wondering why this committee had agreed to let Xu film them, especially given how frequently international reporters are threatened and chased off from these very areas, and then it hit me. They don’t think they are doing anything wrong. Perhaps they even think that the film will demonstrate just how well they are performing their duties and impress their higher ups. It is a variation of the old defense I was just following orders. Sound familiar? They don’t seem to realize that they too are just numbers added into a larger database that will eventually produce a larger, much more general statistic. I’ll venture to guess that this statistic will eventually be touted as a success rate and held as proof that the government’s efforts are producing their desired results. However, as Mothers demonstrates, there is very little to celebrate. In fact, the film ends with an act that is so morally reprehensible that it literally left me stunned. It is truly shocking that some are capable of such cruelty. (on DVD in Region 3)

*Mothers is in Chinese with English subtitles.


*The film has been released in Taiwan and South Korea. It does not appear to have a release date in the United States.
Posted by Azrael Bigler at 9:00 PM