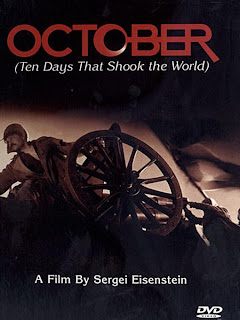 It is February. A mob descends upon a statue of Alexander the III. After attaching ropes to the limbs of the statue, the mob violently rips them off piece by piece, and immediately the rejoicing begins. To them, the era of the royal family, inherited power, and the haves and the have-nots is now over. The Russian people are now united. They will now have what they have long sought – peace, bread, and land. As the working class toasts their newfound brotherhood, the bombs of World War I shatter their camaraderie. It will be months before they will be able to celebrate in earnest.

By April, the euphoria has faded, replaced by the cruel reality that the provisional government is more interested in maintaining the status quo than in bettering the lives of the working class. The protests return. Three months later comes the day of the people’s wrath, a day on which a peaceful protest is greeted by gunfire, an upper-class family kills a protester in cold blood, and the government cuts the workers off from the wealthy section of the city. The counter-revolutionaries win the day, but it is only July.

If any movie demonstrates the old adage, the pen is mightier than the sword, it is October. Several scenes depict the working class preparing for battle but fighting with banners and pamphlets. In one such scene, workers in Petrograd get word that General Kornilov, known for his ruthlessness and likened to Napoleon, is advancing to crush the rebellion. Determined to fight back, the citizens of Petrograd break open prisons and arm each person. From there, they sabotage the train tracks and then wait in the shadows for the train to stop and the soldiers to disembark. However, when the train does indeed stop, a soldier is taken aside and shown pamphlets explaining the demands of the people. The pamphlet sways the soldier, and his troops join the cause of peace, bread, and land. In a later scene, citizens armed for a battle surround the royal palace. However, before they do battle, they enter a congressional meeting to vote for political change, once again demonstrating their peaceful pursuit of their basic human rights.

As in each of Eisenstein’s films, October is filled with staggeringly powerful images: hundreds of people storming a palace, World War I soldiers hiding in the trenches as bombs land all around them, and the provisional government not once but twice opening fire on its citizens. As a documentary of historical events, it is less successful. It is not possible to look at this film today and not see its elements of propaganda. For example, the film’s intertitles declare the workers "victims," "heroes," and "brothers"; the upper class, on the other hand, are labeled "traitors" and "dictators." It should be noted that October was made to commemorate the 10th anniversary of the revolution that swept Lenin into power.

However, it should also be said that, like The End of St. Petersburg, there is a power to the film that distinguishes it from other pieces of propaganda that have easily been forgotten. The viewer cares for these workers and wants their protest to succeed. Despite a few moments that could be considered anti-West, as well as a few oddly-structured scenes, October does an impressive job of showing a period of time than indeed did shake the word. (on DVD from Image-Entertainment)