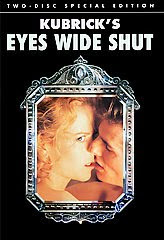 At some point in a relationship, a nice, comfortable routine sets in, for certain actions such as getting up, heading off for work, eating dinner, going to sleep, taking a vacation, and visiting relatives seem to frequently occur at an established time. I suspect it is this kind of predictability that men especially like, for it makes them feel secure. Life, for them, is as they always dreamed it would be – they have love, emotional stability, and family. Add financial stability to the equation, and you may have all the ingredients necessary for a husband to be perfectly happy. Notice I said “husband” and not “family,” for what may make men feel entirely content has the potential to make women either bored, uneasily, or completely miserable. And therefore, you have all the necessary ingredients for disaster. Soon, the content one in the relationship begins taking the other for granted, and the other begins to believe that something is wrong with the relationship. Sadly, I know this from experience, and yet that experience has only made me recognize the signs of danger in a relationship. It has not given me any special insight into how to avoid many of the pitfalls that a couple can find themselves in.

Let me give you an example of what I mean. In Stanley Kubrick’s excellent 1999 film, Eyes Wide Shut, a husband and a wife are beginning to be intimate after having attended a rather formal party. While there, both of them had been the objects of other people’s advances. The wife wants to know what happened between her husband and the two young, slim models she saw him talking to; he inquires about the well-dressed man he saw his wife dancing with. Her tone is angry and distrustful; his is surprisingly confident. He doesn’t even seem to mind it when his wife all but accuses him of infidelity. He assures her nothing happened, despite the young women’s offer to take him “where the rainbow ends.” She informs her husband that the man at the party had indeed wanted to sleep with her. Now, what exactly should he do? Should he say nothing? Should he get angry or act surprised? I’m not sure. Perhaps there is no right answer. What is clear is that his answer begins a chain of events that could potentially destroy their marriage. Exactly what is his answer? “I guess that’s understandable.”

The conversation that follows is fascinating yet uncomfortable, for with each word, we sense the two of them are sliding down a path that neither of them quite knows how to climb up from. She gets angry, and he tried to calm her down by reassuring her of his faith in her, a remark that provokes an equally frustrated response. It seems to her that she is being taken for granted. And then, the woman reveals one of those details that may be better off unsaid, you know, the kind that can destroy all illusions of security. Moreover, along with her stunning revelation comes a very unintended consequence – a mental picture that slowly expands in her husband's head, eventually becoming so vivid as to cause him to contemplate actions that he would likely never have seriously entertained previously. It matters little that the image that haunts him now never in fact occurred – the mere fact that it was a possibility is enough.

The man in this relationship is Dr. William Harford (Tom Cruise), and the woman is his wife, Alice Harford (Nicole Kidman). They have been married for nine years and have a beautiful seven-year old daughter. They have undoubtedly had plenty of arguments before. However, it’s unlikely that any of them are as important as this one, and this is why what happens next is so unfortunate. Just when they need to talk to each other the most, he is called away. A patient of his has died, and he must pay his respects. However, the image in his head won’t allow him a moment’s rest. It starts out simple but then develops into such a graphic picture that he seems to believe that the act in his head is one that must be avenged, and perhaps the only way to avenge such an act is to replicate it. An eye for an eye, as they say.

The film focuses almost entirely on Dr. Harford, as it should, for the film is really about his journey into the abyss. For the film to work, therefore, Dr. Harford must be a compelling – if not entirely sympathetic – character, which he is. He begins the film the picture of confidence. He’s the kind of person who carries a load of cash with him at all times, as if he were the kind of person no one would dare rob, and he has the habit of flashing his medical license as if it were a police badge entitling him to do as he pleases. He believes in his marriage, and therefore does not notice his wife looking at her own reflection in the mirror as he kisses her. As events progress, as his faith in his marriage begins to fade, Harford unravels to such an extent that he finds himself journeying into a world he never knew existed and should never have been part of. Later, he has to find his way back again. I, for one, wanted him to. Some reviewers have suggested that Alice Harford is a more interesting character and have therefore criticized the film for its "erroneous" focus. Here again I disagree. Alice has already come to terms with the events and feelings she describes. The question is whether William will be able to.

Throughout the film, we meet many characters, some of them decent, some of them morally questionable. Kubrick seems to know just how much time viewers need to understand each of these characters, and when that time is up, the film moves on. This is particularly true of Mr. Milch (Rade Serbedzija), the owner of a costume shop. He allows viewers to observe just how quickly the opportunity for money can change a man, providing of course that his earlier anger was not staged for Harford’s benefit. I also like the way Harford’s college friend Nick Nightingale does not reappear later on. His absence makes Victor Ziegler (Sydney Pollack), another of Harford’s patients, the only one who can explain to Harford, as well as to the audience, what exactly happened at the mansion earlier in the film. His explanation makes sense, but the fact remains, there’s no way to verify it.

Eyes Wide Shut is one of the more challenging films I’ve ever seen, and it is a film that had divided filmgoers and reviewers. There are currently 1,391 reviews of the film on IMDB, and they range from one to ten. It should be said that the film was poorly promoted with an ad campaign that featured steamy, tantalizing scenes of its lead actors in the throes of passion. This did not prepare the audience for its non-standard pacing and its rather serious, decidedly unerotic subject matter. Moreover, it is probably the kind of film that demands a second viewing to be fully understood and appreciated. From my point of view, it certainly deserves one. I’m still on the fence as to what the movie is saying about relationships. Is it suggesting that some secrets are better off not revealed? Is it advocating complete honesty? I’m not sure. Perhaps the film is simply saying, “Open your eyes. It may not be as rosy as you think it is.” (on DVD)