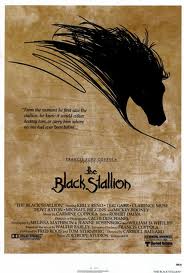 Before I begin my review of this family classic about a boy and a horse, I have a news update about Mickey Rooney, who plays the boy’s mentor in this film.  When I was on a bus looking at a New York Post recently, I came across this perplexing, somewhat disturbing item in Cindy Adam’s daily celebrity column:

I’ve known Mickey Rooney forever. He was always easy and available to me. His accessible wife, Jan, appreciated publicity. Following elder abuse allegations against his stepson Chris Aber and Chris’ wife, Christine — who both deny doing anything wrong — rumors were money was tight and some possessions were being sold, possibly on eBay. I called to ask is that true, is he OK, how might I help. Jan said he’s “indisposed” and I could phone back in five minutes. The second time daughter-in-law Charlene answered with “He could speak with no one . . . we must go through his conservator.” And, says Charlene, “Jan has her own lawyer, Mickey has his own lawyer” and “the whole situation is a mess.” Please, will someone who cares look in on this? Mickey Rooney was one of America’s great names.

It’s an odd news item and difficult to know what it might mean regarding Mickey Rooney’s current well being.  For us fans, we can only hope for the best and that he’s being well taken care of.

Mickey Rooney is certainly one of America’s great names, as Cindy Adams says. He may also be the most tireless performer of them all. He has never retired from show business, at least not up to his latest movie cameo in last fall’s The Muppets (2011). When asked about retiring, he has said, “My job is not to retire, but to inspire.”

He’s been inspiring for some time. I’ve watched several of his movies this year, the earliest of them Hide Out (1934) directed by W. S. Van Dyke. Mickey was 13 and he lit up the screen like magic playing a genuinely normal, sometime-hyper farm boy. In The Black Stallion he makes screen magic once again as a retired jockey.

The Black Stallion is a rarity, a family classic that can be appreciated on different levels. I liked it very much, but it is probably most rewarding for children because it has the highest regard for things that are important to them.

The story involves a boy named Alec, played by the 13-year old actor Kelly Reno.  Reno plays the role well, but, naturally, I couldn’t help but think what Rooney at that age would have done with it.

Be that is it may, Alec gets shipwrecked with the Black, a magnificent stallion, and together they survive on an island that could be compared to the Garden of Eden. Alec spends his days racing the Black on the beach and exploring the surrounding beauty. No bad weather or lack of food to worry about, so it seems, in paradise.

One day the boy and horse are rescued and brought back to Alec’s home in Flushing, New York.  But how could a near-wild stallion possibly stay penned up in a suburban backyard? The Black bolts and runs and runs until he’s in the country, to be corralled into the barn of Henry Dailey, a retired jockey played by Rooney. Henry knows horses and horses know Henry and so The Black gets a more proper home. Now all that’s needed to happen is for Alec and Henry to train The Black to become—what else?—a great racehorse. Which, of course, they do.

The movie has an unusual structure, presenting essentially two different stories, yet it works as a whole because it has something big to say about life and living resourcefully. When on the island, Alec makes it his goal to connect with the cautious, jittery stallion that was shipwrecked with him. Then during their life on the island, Alec finds fulfillment in the natural world of his surroundings, thanks to his equine companion and his open curiosity. Later, when Alec finds a mentor in Henry, he turns his efforts towards achieving the big goal of a horse race. No matter the situation, Alec has a fulfilling life because he can always find a purposeful direction.

More tidbits about The Black Stallion:

Thanks for the review, Paul. I watched the film again, and I was surprised at how well it stood up. Two things strike me as particularly noteworthy. The first is Carmine Coppola's score. It perfectly captures the film's wonder and triumphs. Second, the film is perfectly paced, allowing characters to fully be developed and for big moments to be built up. I have a feeling that the film would move a bit faster if it were made today, and the film would lose some of its power.