Review – The Children Branded by Leprosy 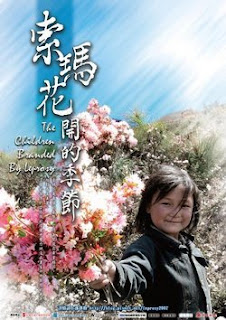 The Children Branded by Leprosy – Taiwan, 2007

Recovering from a devastating war with Japan and a costly civil war that began soon after the guns of World War II stopped firing in Europe, the Chinese government in the 1950s can probably be forgiven for fearing the outbreak of what was perceived by many to be a contagious disease. The disease that caused a great deal of panic at that time was leprosy, and to combat it the Chinese government, as well as other governments in Asia, made the tragic decision to set up remote, self-sustaining leprosy villages. There, those afflicted with the disease could supposedly live productive and content lives as a community, and by doing so far away from the big city, they would help ensure that a pandemic did not start. If this logic is somewhat understandable, then it is equally reasonable to expect that as time progressed and commonly-held notions about the threat posed by leprosy were shattered, these villages would be closed and their residents would be welcomed back into society with open arms. Wu Chao-chun’s emotional documentary The Children Branded by Leprosy demonstrates that this was sadly not the case.

Wu’s film takes place in Dayingpan Village in Yuexi County, an area in Sichuan Province that according to the film the Chinese government simply forgot about. At the start of the film, we learn that the residents of the village face unbelievable obstacles. Malnutrition - and the protruding stomachs that accompany it – is rampant; adults, many of them physically unable to work the fields anymore, reluctantly send their children out in their place; and illiteracy is common. Further cementing their plight is the fact that none of the residents of Dayingpan have ID cards, meaning that in the eyes of the government, they simply do not exist. The local elementary school consists of just two shabby, dusty classrooms that are not used for very long, for the school has never had a student graduate. Sadly, necessity forces children to take on roles that in a perfect world would have been their parents’. All of this began to change however with the arrival of Miss Chang Ping-yi, a former journalist who now heads an organization called The Wings of Hope.

The Children Branded by Leprosy tells two narratives simultaneously. First, we see and hear about what the village was like in the past through many of the people now working in the area. I was particularly moved by Mr. Wang Wen-fu, the village’s first teacher. He tells us of a time not so long ago when he was the only teacher there and even he faced discrimination because of where he worked. For his efforts he was paid roughly $4 a month. The other narrative has to do with the children of Dayingpan. Starting with Yi-huo Bu-du, we hear stories of what education means to them and how they don’t want their futures to be determined by their parents’ affliction, and we’re given a peak into their daily lives. There’s Ji-ze Er-Zai, a third grader who studies diligently in a cowshed every day, Ji-he A-yi, who at 13 dropped out of school after her father died and must help her physically challenged mother take care of her five siblings, and Tang Xian-jing, a nine-year-old who must live alone in order to get an education. However, mixed in with these sad stories are examples of courage and determination that have the power to astonish you. For example, Yi-huo Bu-du tells us about being the first person in the village to get an ID card, a card that he says holds his future. In addition, we see student so dedicated to getting an education that they are willing to cross a sometimes freezing river just to get to school. I also was moved by the testimony of some of the village’s elders, in particular, Ji-mu Ke-bu, a sixty-two-year-old woman who explains that in the past people refused to drink the same water, eat the same food, or wear the same clothes as her. We see her hunched over reading her birth certificate, a relatively simple act for most people, but a powerful one for her. It’s as if by doing this, she if defying all of those who would deny her existence or look down upon her.

Not everything works in the film. For one, many of the details of the children’s lives are revealed in the intertitles when it would have been more effective to hear the children explain it themselves. In addition, some of the testimonials are a bit too general, consisting of people talking in broad terms about what getting an education means to them instead of relating their specific experiences interacting with the outside world. I also could have done without the slightly emotionally-manipulative musical score. What we see in the movie is uplifting enough; I don’t violins or pianos to help me sense when to feel happy or sad.

Watching The Children Branded by Leprosy, I was deeply moved by the children’s commitment to their education, a commitment not shared by all of their more affluent neighbors. These are young children who hike up muddy, unpaved roads just to sit in a classroom for hours because they want a better life for themselves and their families. Told they could not have it, that they were not good enough, they are determined to break the walls that kept their parents and grandparents confined to their village. As the rising number of graduates indicates, with the help of Chang Ping-yi and The Wings of Hope, the children on Dayingpan have done just that. (on DVD in Taiwan)

*The Children Branded by Leprosy is in Mandarin and Yi with English subtitles.
Posted by Azrael Bigler at 8:09 AM