Miscellaneous Musings – On Faith and Film 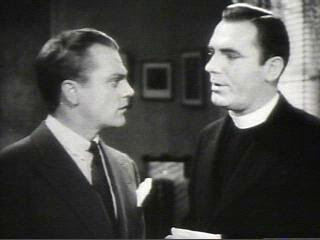 Miscellaneous Musings: On Faith and Film

I am not religious – haven’t been for about twenty-four years. I remember when I first began questioning my faith. It was shortly after a young man in his teens committed suicide in childhood hometown. His death shocked me, as well as many of my peers. Suicide, a priest later explained to me, was a sin, and therefore, there was only one destination for someone who took his own life and it was not the place of angels and eternal happiness. I chose not to believe this, yet instead of simply choosing not to believe this one aspect of my faith and moving on, I began questioning other parts of it as well, such as the stories I had heard of people being miraculously saved at their lowest point, certain biblical passages that in my mind defied scientific explanation (Noah and the flood) or ones that just seemed cruel to me (the fate of Lot’s wife comes to mind). Eventually, I abandoned religion completely and never looked back.

I’ve come to believe that I was – for lack of a better term - simply not strong enough to sustain a belief in something I would never actually see or understand while living. I couldn’t accept that everything happens for a reason, even suffering and startvation, or that God simply works in mysterious ways. I required answers, and lacking them, I chose not to believe. However, I have maintained a deep respect for those people who do believe in a higher power, for I know how easy it can be for someone to lose his faith.

At the time I made this decision, I went to a Catholic school, a fact that complicated things. I was still required to attend church once a week and take part in Bible class. In addition, the majority of my classmates were die-hard Christians, which could have caused them to isolate the one non-believer in the class. Luckily, they didn’t. In fact, they seemed to just accept the fact that I had a different viewpoint as they did. In turn, I developed a greater respect for them. It’s true that they could not answer my many questions about the stories in the Bible or religion in general (Why would a god care about virginity or homosexuality?), but that fact did not diminish their faith at all. They were certain that what I considered an unproven belief was indeed absolute fact.

At that time, I was a fan of Michael Landon’s series Highway to Heaven and watched it regularly. I was once asked how I could watch it when I didn’t believe its central message that God existed and took a personal interest in each person’s life. I answered that if a TV show or movie was good, it was good regardless of its subject matter or message. I continue to believe that. I don’t think you have to be religious to appreciate a movie that has religious subjects.

This weekend, I saw down and watched three movies that had religious themes in them. The first was Heidi Ewing and Rachel Grady’s 2006 documentary Jesus Camp. The film was fascinating, yet shocking. The film is about children who attend a special camp designed to teach them early in life about the danger of sin, the evil of abortion, and the need for conservative, religious judges in the courts. In one particularly disturbing scene, the children are shown a cardboard cut-out of former president George W. Bush, and they appear to pray to it. Perhaps the most surprising moment though comes when the camp’s pastor, Becky Fischer, readily admits that what she is doing amounts to indoctrination. She feels justified in this, for as she puts it, she is raising an army to fight a war for God. The film is truly disturbing. It is also excellently made.

I followed this film with Bill Maher’s Religulous, in which Bill Maher travels around the world trying to engage religious people in a debate as to the veracity of their religion. “Engage” may be the wrong word, for many times, he cuts them off, laughs at things they say, and asks them questions that I imagine he knows they won’t have an answer for. For example, someone who believes wholeheartedly that there is a God does not have a readily-prepared answer for the question, “What if you’re wrong?” To them, there’s simply no chance that they are, and therefore the pause that follows the question is understandable. It is not a sign of mental weakness. One thing I liked about the film was the way it compares the story of Christ with other similar stories, in particular, that of Horus, and shows their similarities. I also admire how knowledgeable Maher is about the religions he questions. No one can accuse him of arguing from a position of weakness. Religulous is a good film that, like Jesus Camp, raises the issue of just how intertwined religion and politics have become and warns of the dangers of religious extremes.

Finally, I sat down to watch Jeffrey Nachmanoff’s Traitor, starring Don Cheadle. In it, Cheadle plays a Muslim from Sudan named Samir who may or may not be a terrorist. Samir is involved with the wrong crowd, but certain actions of his make us suspect that there may be more going on than meets the eye. Samir is deeply religious, a fact that apparently caused his former employer to fire him, as customers were apparently uncomfortable with someone who prayed five times a day. The film is somewhat predictable, for it sticks too closely to the standard action film storyline – a man is on the run, an attack is planned, the plan must be stopped. What makes the film stand out is both its respectful treatment of Islam and its rather discomforting portrayal of everyday Muslims living in the United States as potential terrorists.

These films got me thinking about religious films in general. It seems to me that for a documentary about religion to be successful, it has to be about a more controversial aspect of religion, such as polygamy, indoctrination, and inhumane practices like genital mutilation that are done in the name of religion. The rare exception to this is Ben Stein’s Expelled: No Intelligence Allowed, a film that incurred an enormous amount of wrath from Roger Ebert, but proved a hit at the box office. Otherwise, documentaries that support or endorse religion do not appear to be seen as profitable by film executives. There also appear to be a few types of religious feature films. The first type is the Bible adaptation film. This kind of film was popular in the past, yet Hollywood appears to have lost faith in it. I can think of few films other than Mel Gibson’s The Passion of the Christ and The Nativity Story made in the last twenty years that in any way resemble films like King of Kings, The Greatest Story Ever Told, or The Ten Commandments. The last kind of film in this category – at least that I can think of – is the film that has religious themes or characters that are religious in some way, yet does not appear to be overtly advocating the audience join that religion. The characters or the mystery in the film just happens to have something to do with religion. These films usually contain a character that isn’t sure of his belief. By the end of the film, he usually is. It just makes an audience feel better.

Here are some films I recommend from some of these categories. They are in no particular order.

Jesus Camp
Soldiers in the Army of God – like Jesus Camp, it’s very disturbing
A History of God – a very informative History Channel special
Trembling Before God – about gay and lesbian Muslims living in the shadows
The Third Miracle – starring Ed Harris as a priest having a crisis in faith
The Song of Bernadette – about a young woman who sees a vision of the Virgin Mary
Intolerance – D.W. Griffith’s epic 1917 tale
Little Buddha – an interesting film about an American boy who may be the reincarnation of a Buddhist monk
The Bells of St. Mary
China Cry – about a woman in China who is miraculously saved from a firing squad
The Apostle – Robert Duvall’s film about a man who seems to be being led to a small town by a higher power
The Passion of the Christ – hard to watch, but very powerful (Yes, I also saw Fahrenheit 9/11)
The Passion of Joan of Arc – a masterpiece
Ordet – about a young man who claims he is the reincarnation of Jesus
Ben-Hur: A Tale of the Christ – 1925 silent version
The Decalogue – ten fascinating tales, each based on one of the Ten Commandments
Saved – a humorous look at life at a Catholic high school
Angels with Dirty Hands – about a priest trying to save young boys from entering into a life of crime
God Man Dog
The Godless Girl
The Inn of the Sixth Happiness
The Razor’s Edge
A Walk to Remember – about a dying girl who gets a chance at love
Tender Mercies
Spring, Summer, Fall, Winter…and Spring – a very moving Buddhist film
Travelers and Magicians – a Buddhist monk tries to dissuade a man from leaving his homeland by telling him some interesting stories
Kadosh – a somewhat slow but interesting Israeli film about marriage and religion
Paradise Now – a fascinating and tragic film from Palestine
The Seventh Seal
The Believer
Doubt
The Last Temptation of Christ
2001: A Space Odyssey
2010: The Year We Make Contact
Monsieur Ibrahim

As always, I welcome your comments on the matter.
Posted by Azrael Bigler at 4:31 AM

This is where the other comments were supposed to go. Faith is indeed an amazing thing. And questioning faith is as true to human nature as is reaching out to something higher than we are. mmc